Getting started with Git/Github

What is Version Control?

The management of changes to documents, computer programs, large web sites, and other collections of information.

Why is Version Control Essential? 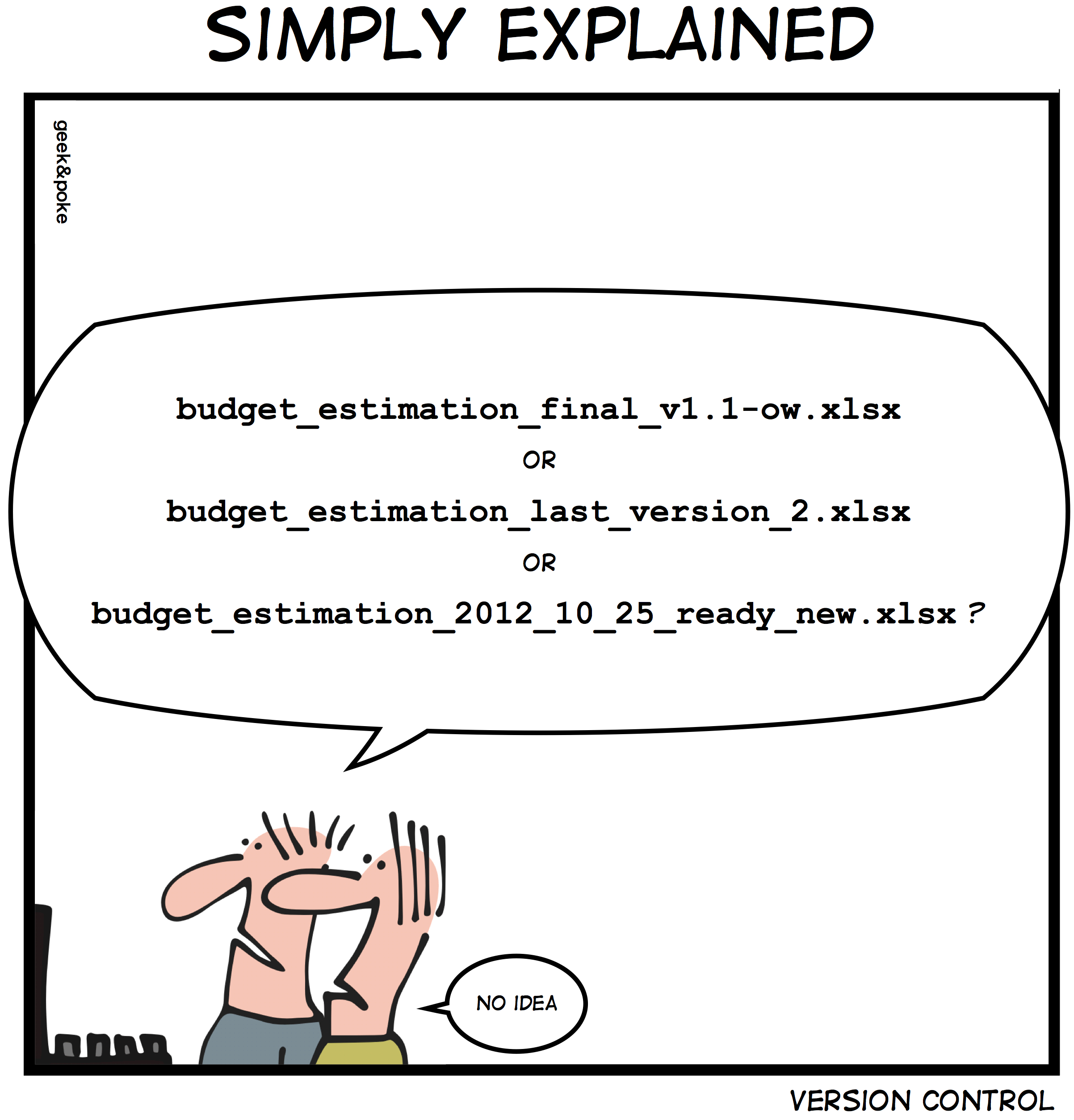 Why Git and Github?

A website (https://github.com/) that allows you to store your Git repositories online and makes it easy to collaborate with others.

A quick introduction to Git

Before you start you need to configure Git

If you haven't already configured Git, please follow the instructions in the Git refresher lesson

Recording a snapshot with Git

Check the status of your repository

Using git log --oneline we understand that the first line of the commit message is very important.

Convention: one line summarizing the commit, then one empty line, then paragraph(s) with more details in free form, if necessary.

Ignoring files and paths with .gitignore

As a general rule compiled files are not committed to version control. There are many reasons for this:

For this we use .gitignore files. Example:

.gitignore uses something called a shell glob syntax) for determining file patterns to ignore. You can read more about the syntax in the documentation.

An example taken from documentation:

You can have .gitignore files in lower level directories and they affect the paths relatively.

.gitignore should be part of the repository (why?).

We have seen how to make commits directly via the GitHub website, and also via command line. But it is also possible to work from within a Git graphical user interface (GUI):

Now we know how to save snapshots:

And this is what we do as we program.

Every state is then saved and later we will learn how to go back to these "checkpoints" and how to undo things.

Git is not ideal for large binary files (for this consider http://git-annex.branchable.com).

Want to learn more about git/github?